I participated in an Influencer Activation on behalf of Influence Central for Lions Gate. I received a book, products, and a promotional item to thank me for participating.

OK you guys!  I am a book nerd from way back and there is a particular series that I fell in love with.  I was so excited when they announced that they were making movies out of these books and NOW they are on the final installment of the trilogy, Mockingjay.  Much like some other book to movie conversions, they are making the final book into a two part movie and Part 1 hits theaters on November 21st!  Who is excited?  THIS GIRL! [Insert two thumbs pointing back at myself!]

In case you haven’t read ANY of the books, let me give you a quick synopsis on the plot:

Some time in the future after a huge war the nation gets divided into different districts.  Some of these districts are extremely poor, while one thrives and that is where the “ruler” of the new nation resides.  The luxuries that the people in this district have are not evenly spread (or spread at all) throughout the rest of the districts and it definitely causes some grudges to be had.  Another big part of this nation is their yearly Hunger Games.  Basically, they pit two children of each of the districts against each other and they literally fight to the death.  The victor is then rewarded greatly and put back into their own district.  The story follows Katniss, who sacrificed herself to save her younger sister, through these Hunger Games and more.  Sounds pretty interesting, right?

So, this third book is actually pretty deep and action packed.  You find out SO MUCH about how the nation became divided in this book and it really breaks your heart a little bit.  It definitely makes you want to root Katniss on as she seeks out a way to save the world.

And I will gladly wear the Mockingjay pin to the premiere of the movie on November 21st!  Check out the trailer for the movie!

I didn’t think there would be a way to top the action scenes in the first and second movie, but it appears they have done it again over at Lions Gate! 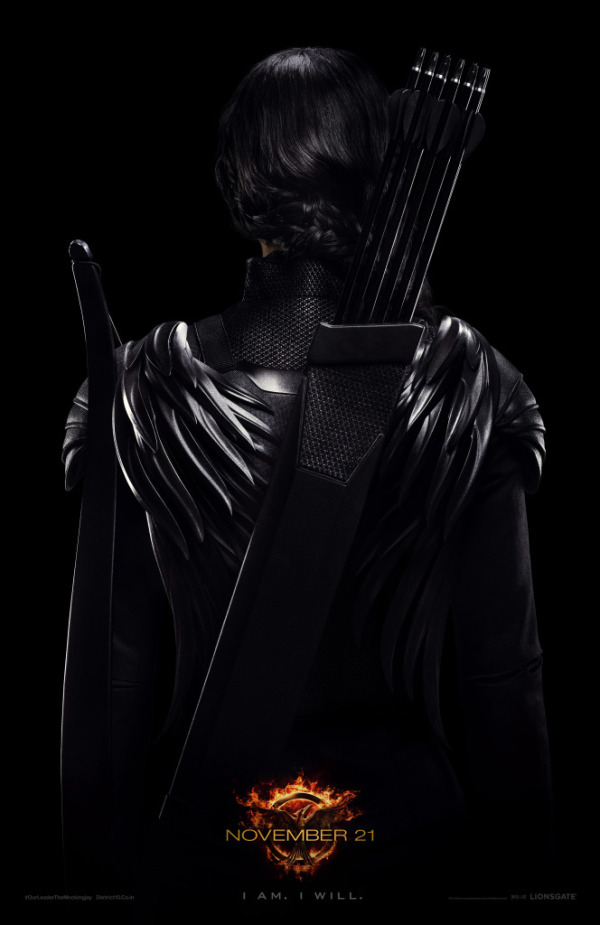