It seems as though I am becoming a huge fan of Lancome!  Until this last year or two I have never really tried much from the brand, always wrote it off because it was my mother’s makeup brand of choice…  My mom never wears much makeup but when she does, she wears a good bit of Lancome.  I feel like all cosmetics brands are breaking new ground recently and here is a brand new item from Lancome called Color Design Infinite. 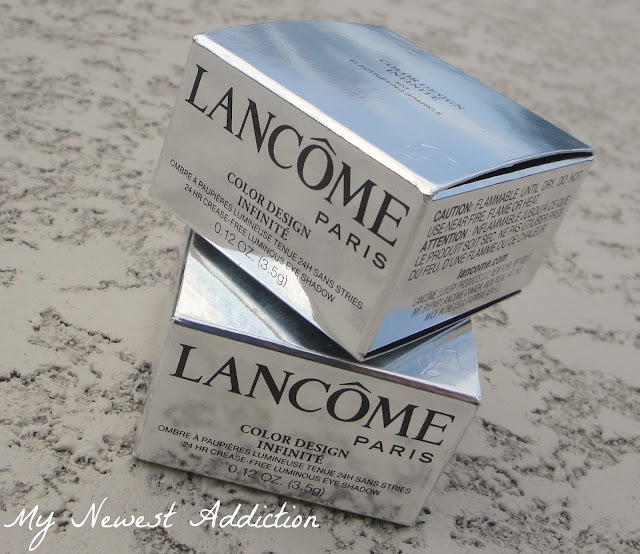 The Color Design Infinite is basically Lancome’s response to the Giorgio Armani Eyes To Kill eyeshadows, or even L’Oreal’s Infallible.  It is no secret that Lancome and Giorgio Armani are all under the L’Oreal umbrella of brands.  It surprises me that it has taken this long for Lancome to release this kind of product.  In case you don’t know what I am talking about, the eyeshadow is basically like a loosely packed pigment and is super long-wearing.  Some even say that the pressed/packed pigment almost feels like a cream.
As soon as I knew these were released I chose to order two: Electrifying Sparkle and OF COURSE Timeless Taupe. 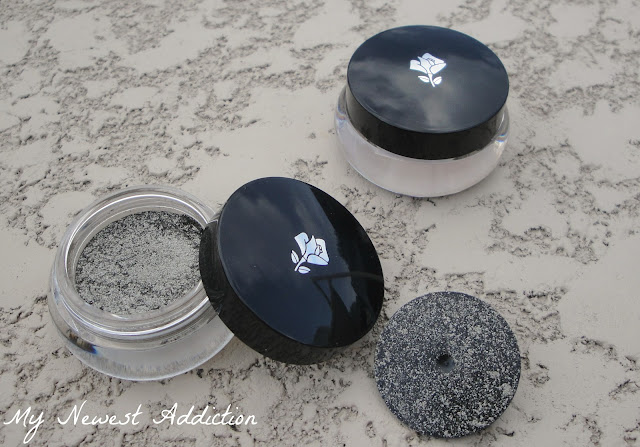 Electrifying Sparkle is a beautiful silvery-green taupe.  It honestly reminds me a LOT of Lancome Erika F or Chanel Epatant.  Darker than both shades but in the exact same family. 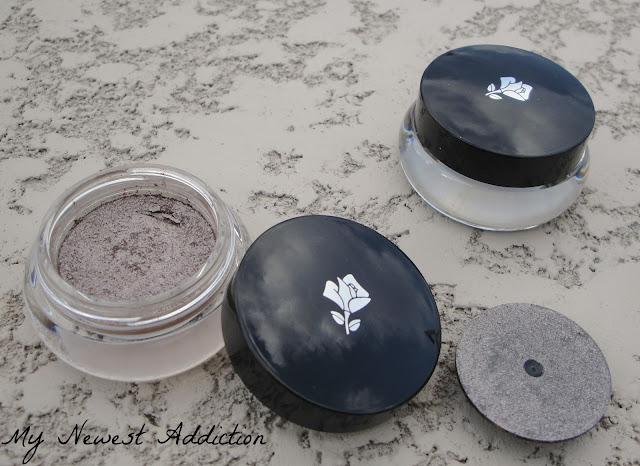 Timeless Taupe is a beautiful brown taupe with mauve undertones.  It is rumored to be similar to the ever un-dupe-able Shu ME945.  I wouldn’t have a clue about that but I would say it is similar to Shu ME850, and a slew of other taupes in my collection.  It is so beautiful.  This one will definitely get lot’s of use. 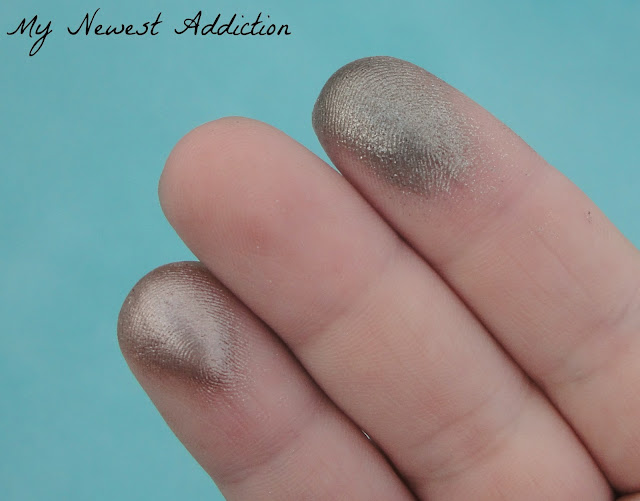 The finger swatches are very similar to my swatches of the L’Oreal Infallible shades.  So greatly pigmented and almost appear like a cream eyeshadow.  The photo above is outside in natural daylight and the picture below is indoors with flash. 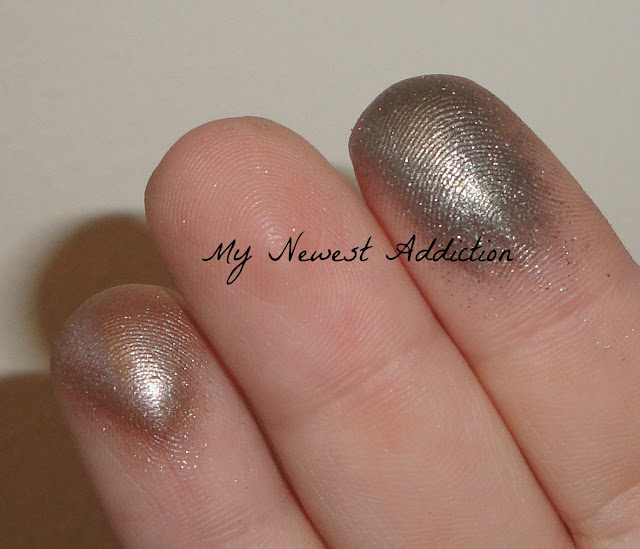 The pictures I took outside are dull because the sun refused to come out in Jacksonville, FL for about a week and I got tired of holding off on this post! 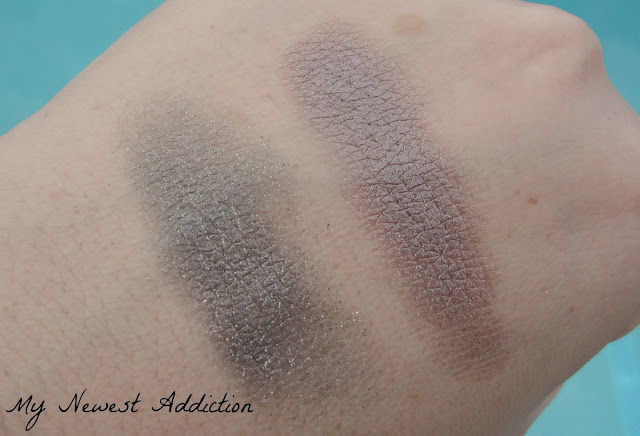 In these swatches you can really get a feel for just how pigmented these eyeshadows are.  These are swatches of just two swipes from my finger.  Extremely good color payoff.  When I washed my hands after these photos I am excited to say that there was a hint of eyeshadow left behind, so that is the nod to the long-wearing factor.  I ended up having to fully remove it with an oil cleanser!  :) 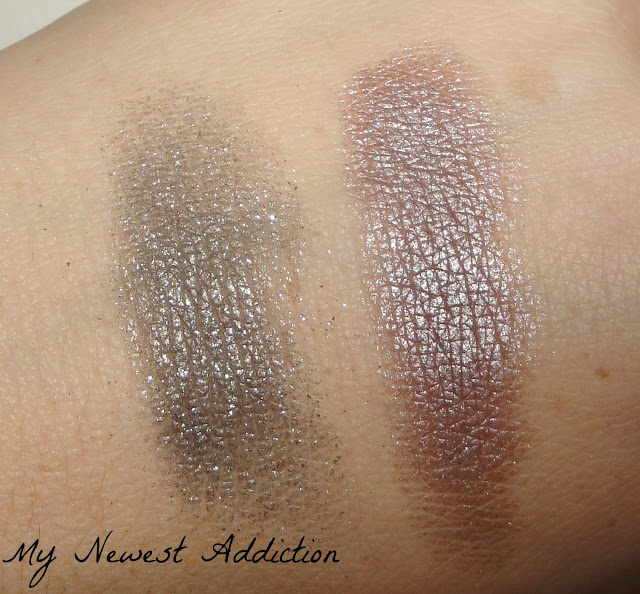 The Lancome Color Design Infinite eyeshadows retail for $24.50 at all major retailers and Lancome.com.  I am downright in LOVE with these.  They get 2 thumbs up and a big ole kiss from me!  If you have any questions or opinions, feel free to share them in the comments below! 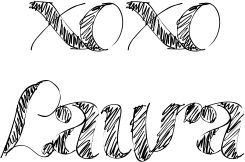 *All products mentioned in this post were purchased by me and all opinions are my own.  All links in this post go to other reviews on my blog.