Hello everyone!  I took a lot of photos this weekend.  It rained a lot so I didn’t go outside much and when I did I documented that too!  haha  My family and I were really low key this weekend which was nice.  I enjoy being able to just hang out every once in a while. 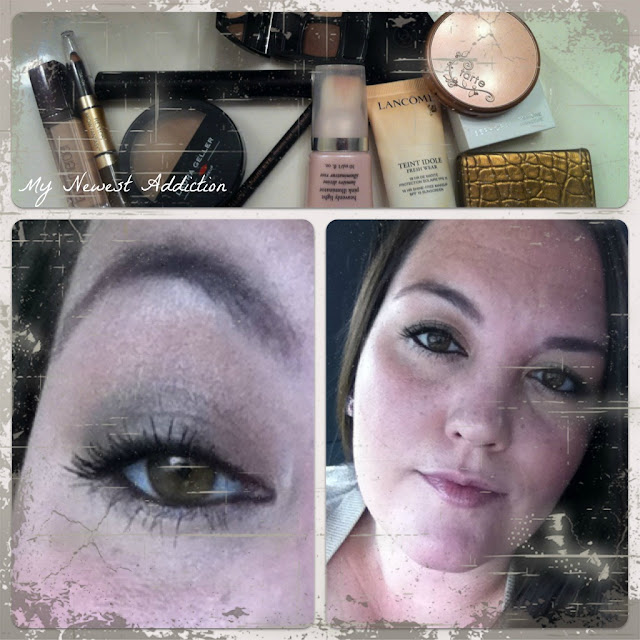 Saturday we (my husband, my son and myself) went to Subway for lunch and while we were there my son announced that his top front tooth had come loose.  :)  It was funny when he said that because I had JUST noticed that he had a small gap that wasn’t there before.  A mama always knows.  Anyway, for the next 4 hours he kept talking about his tooth like he was the first little boy to ever lose a tooth before (even though he has already lost both front bottom two).  I told him “Please… leave it alone or pull it out.”  Thinking he MIGHT just hush and move onto something else…
I went to go to the kitchen to finish up making Spinach Artichoke Dip because we were settling in to watch some movies and nom on goodies and my son comes in the kitchen holding his tooth! LMAO!!!!  He amazes me soooo much sometimes.  I know he is just a little boy but he is just so much more mature than I was at his age.  He takes everything with stride… even though what I said to him was possibly a little rude/stern he just took it like a kid 4 times his age and yanked that tooth right out.  Below is the proof!  :) 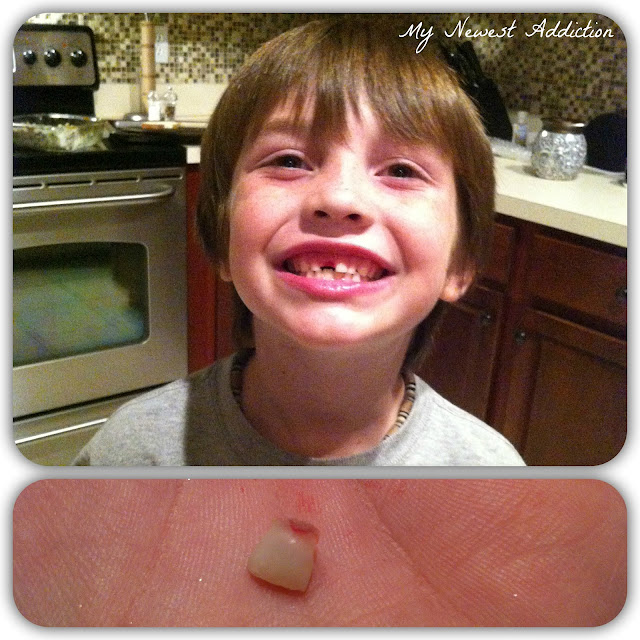 So anyway, the night goes on and we eat and the tooth fairy visited my son.  He ran into my room this morning shouting “LOOK MOMMY, I HAVE MONEY!!!”  So naturally I made him something special for breakfast.  What is special to a 6 year old?  Cinnamon rolls… 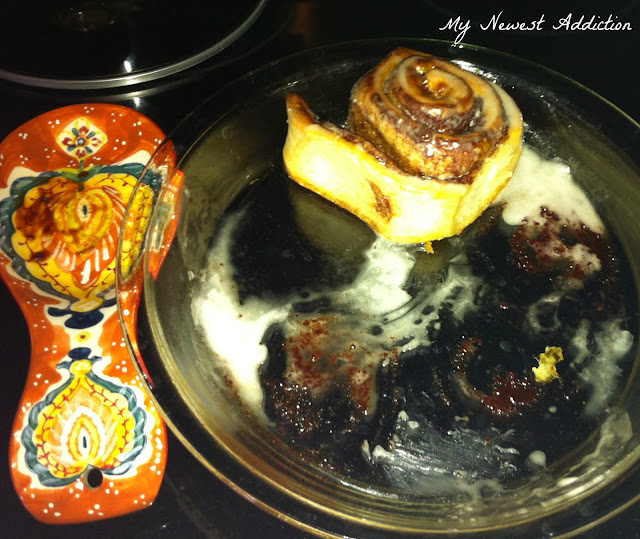 So after breakfast was done and I was lazy in a few different rooms I finally got up and cleaned the house.  I was being really productive and then I made my way to the area that houses my “extra cosmetics crap”.  My nail polish addiction has recently thrown my polish stash into overdrive… I need some sort of way to organize them and I just don’t know what to do.  I need a nice cabinet that closes… What I really want is an Alex drawer from IKEA.  Or a couple Helmers…  Anyway… So I tossed all my nail polish on the bed and was thinking of a way to sort them out but instead I finally got the ballz to try a Water Marble design.  I asked on Instagram what colors to give it a go with… 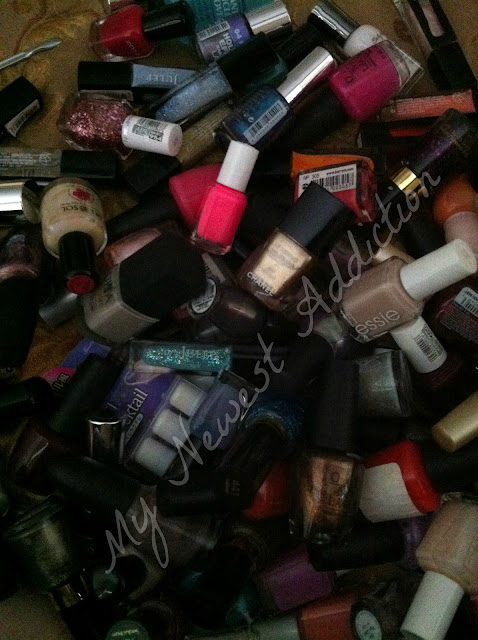 I then chose the polishes and set forth trying to get them to work…  My house was freeezing cold and the temperature of the water and the polishes seemed to be too cold so I sat them out on the back patio to “thaw” for a while. The polishes I chose to use were Sally Hansen White On, OPI Fly, OPI Done Out In Deco, Julep Hayden, and Essie Pink Parka.
Before they were ready/thawed it was time to get ready to go to the movies.  My husband and I had both read Abraham Lincoln: Vampire Hunter and we were both excited to see the movie.  I was getting ready thinking that I would have time to do a quick mani before leaving the house but that wasn’t the case. So instead of leaving the nails completely Nakey I applied a couple coats of Essie True Love and was out the door.  I also took a photo of the pedi I created last night.  It is Chanel Delight and Essie A Cut Above.  I did a mani a few weeks or so back with the exact polishes and I have been wanting to use the combo again so I thought it perfect to do the pedi… here is the post for the mani. Sorry if you are one of those people that don’t like feet.  I don’t like seeing feet on the internet either but I really felt it necessary to show you my pedi. T_T  I sowwy!
Also… not the cute A$$ shoes!  I found these babies at Target and they were quite affordable.  The stones are sort of irridescent and shine all different colors, from yellow to pink to blue.  I sort of want to go back and see if there are anymore colors. Anyway… so after we got home this evening I set forth on doing my Water Marble mani and I sort of flopped.  In my defense it was my FIRST attempt to ever try to do anything like this.  And also… I was struggling soooo hard with doing it that I decided to just do “french tips” on the rest of the nails because I was about to scream.  Also I used some little metal nail art studs on some of the areas on the mani that were particularly ugly! LOLOLOL 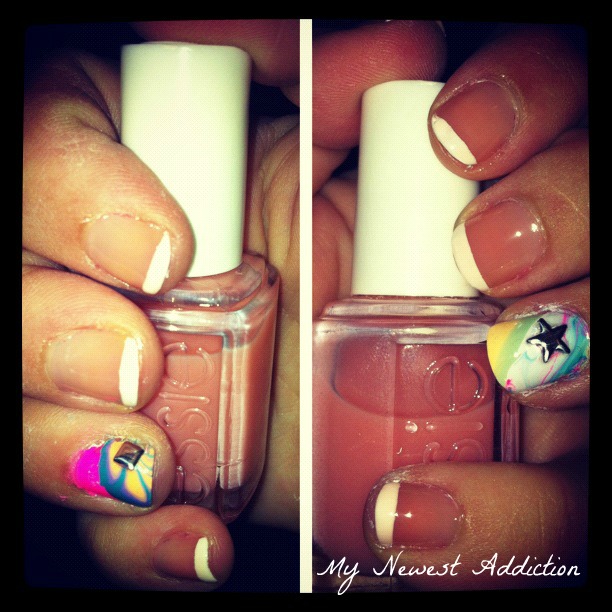 The picture below is me holding the Essie True Love polish that I mentioned earlier.  When I do white tips on my nails I use this as my all over color and then the Sally Hansen White on and some scotch tape to do the tips.  Anyway, I wasn’t happy with the Water Marble that I had created so I ended up taking it off and you will see what I actually did on Manic(ure) Monday!  :) 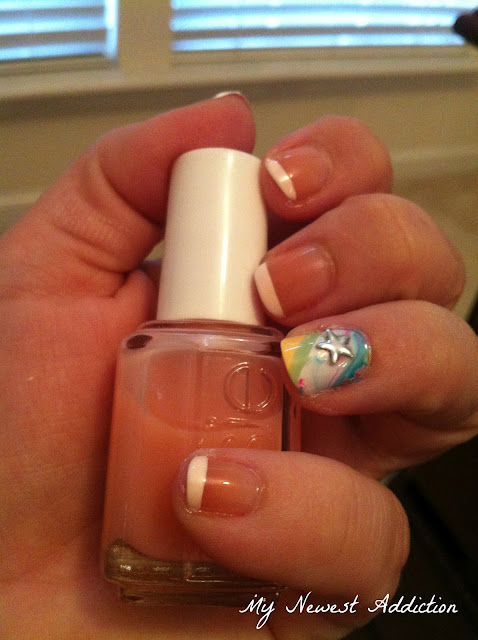 Soo…. I may as well include my FOTD.  I will walk you through it in steps.
1. Philosphy The Color of Grace Heavenly Light Pink Illuminator as applied as a base.
2. Lancome Teint Idole Fresh Wear for foundation.  It is almost gone and I am trying to get an empty.
3. Laura Geller Balance n Brighten in Fair to set foundation.
4. Tarte Park Avenue Princess as an all over sheer bronzer.
5. Tarte Exposed Amazonian Clay Blush applyed on cheeks.
6. Sephora + Pantone Universe Apricot Brandy blush applied to the apples of the cheeks.
7. Laura Mercier Eye Basics in Linen to prime the eyes.
8. Fill in brows using Revlon Brow Fantasy.
9. Chanel 37 Sable – Emouvant duo.  I applied the lighter shade from lash line to brow and smudged the darker shade into the lash line and then winged it out in the outer-v and brought it into my crease.
10. Milani Liquif-Eye in 05 Brown as liner (both in waterline and on top lash line).  I set the liner with the dark shade in the Chanel duo.
11. Giorgio Armani Eyes To Kill mascara to finish off my look. Here is my extreme bitch-face shot.  I have no idea why I look pissed off 99% of the time but oh well… I am really not.  In the words of Juno “She just looks like that.”  For the lips (which I didn’t include above) I just added on a balm. 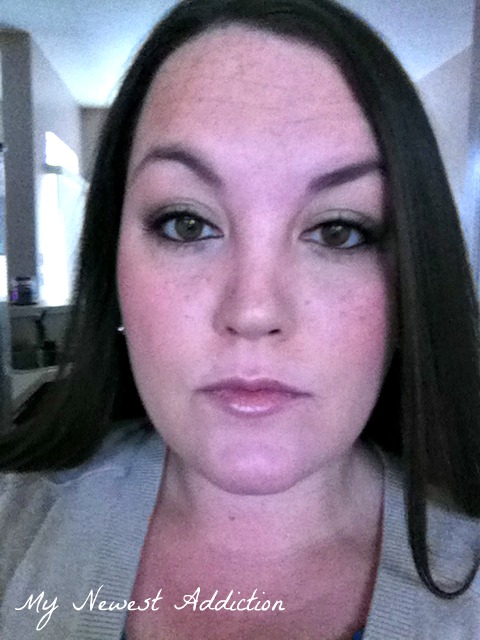 Here is a good shot of the eye makeup.  Even though I used the Milani liner in brown it appeared super dark and basically black.  It lasted through the entire movie and dinner afterwards.  I may or may not review this later but as first opinions go I really enjoy it. 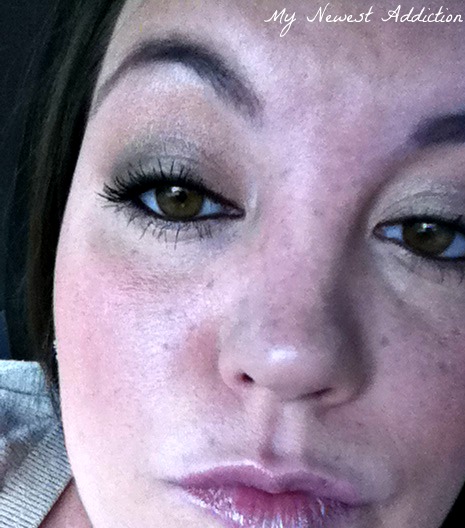 So anyway… I was looking through my Instagram feed because I am jealous of all those lucky enough to attend IMATS in LA.  I particularly enjoyed seeing all the Sigma Beauty Instagram photos from various bloggers, fans and Sigma themselves.  All weekend I have been wondering what this palette was and just sat confused because I knew they didn’t have this on the site as of yet.  But tonight they finally said that this was a brow palette and I for one am pretty excited about that.  You all know I am a crazy Anastasia Beverly Hills fan and have done several posts on the brand before but here is my review on the Anastasia Beauty Express palette.  It looks very similar with additional items included.  I am curious of the pricing. 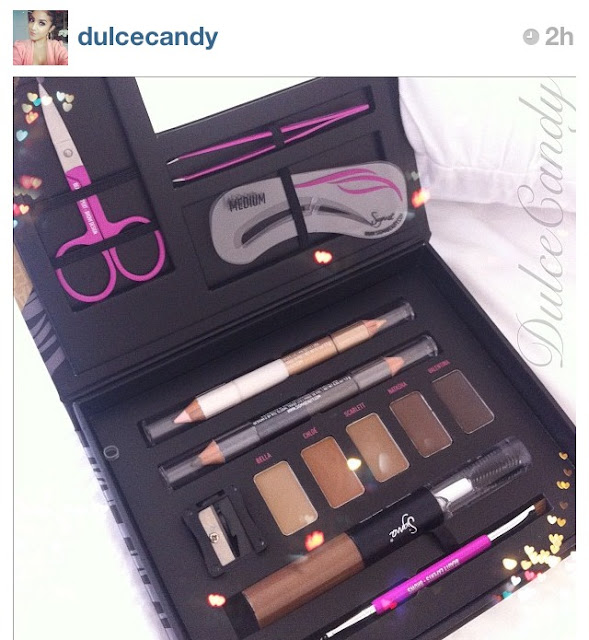 Anyway… before I settled in to watch True Blood I did a Queen Helene Mint Julep Masque.  This is my go-to get my face back in order mask.  I love it.  I love the way it feels on the skin, I love that I can see my oils getting sucked into it when it is drying.  Everything about it makes me comfortable.  If you haven’t tried this, what are you waiting for? 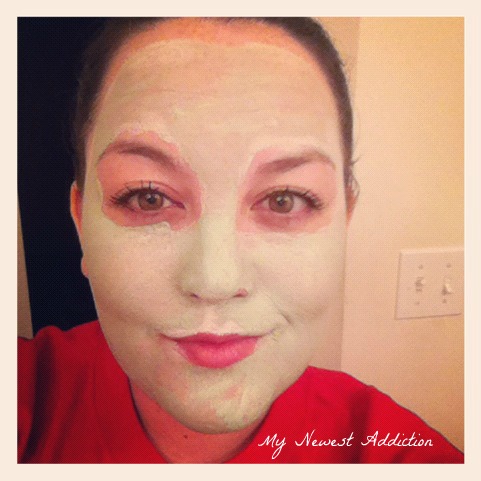 So there you have it… Another extremely long, extremely picture heavy posts.  Thank you for reading (if you made it this far through).  I hope you had a fabulosu weekend as well.  What did you do?  Anything fun, like IMATS?  Or did you just kick it around the house as well?  Tell me in the comments below.
xoxo,
Laura
Facebook ♥ Twitter ♥ YouTube ♥ Pinterest ♥ Instagram