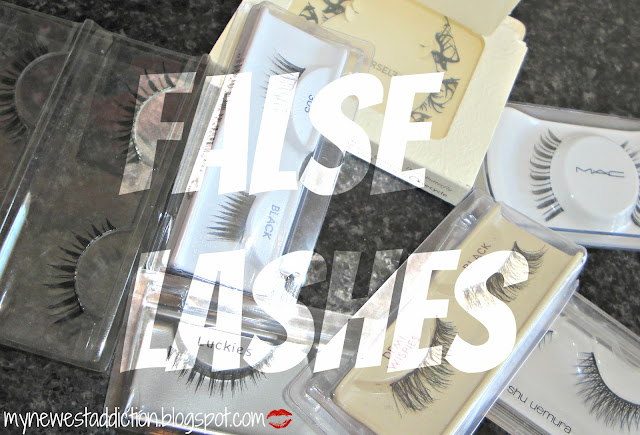 This is a topic that I have been meaning to cover for quite some time.  I feel like False Lashes are one of the most under-rated tool in a gal’s beauty arsenal.  A good set of false lashes can transform your everyday makeup to something more flirty, elegant, polished, dramatic, or even just add extra thickness to your own lashes if you choose a pair that are fairly natural.
I feel like a lot of people are intimidated by false lashes because it seems like a largely unnecessary process during your makeup routine.  I will admit–the first time or two that you apply these you will probably have some “oops” moments but with all things that are worth doing you will figure it out.
The way that I originally got into wearing false lashes is because I was sort of forced.  I was curling my eyelashes one day before applying mascara and something spooked me and while I had my lashes clamped in the curler I turned my head to see what happened and my hand stayed completely still……………..  I ripped out a little over half of my eyelashes on my right eye.  I was devastated.  I have relatively long lashes and it was completely noticeable.  I went to my friends house to show her what I had done and she could do nothing but laugh.  (It is pretty funny in retrospect.)  Anyway… I threw on a pair of sunnies (to mask my eyes) and headed to my local drug store and bought some glue and lashes and spent the rest of the weekend conquering application.  My lashes took about 6-8 months to completely grow back so in that time I became sort of a pro at applying lashes.  I wore more subtle lashes throughout that time because I was afraid of people realizing I was wearing them but since then I like to use more dramatic lashes for fun.
I recommend trying half lashes at first.  That is where you want your extra length anyway and they are MUCH easier to apply than a full strip of lashes.  The Ardell 305s are one of my favorites for half lashes.  They add a really nice oomph to the outside half of the eyes causing your eyes to look wider and bigger.

I also really enjoy Ardell Demi Wispies.  I have used this specific pair several times.  As long as you take care of your lashes they can last you a long time.  Handle them with care: When you are removing your lashes from the packaging don’t just rip them out, take your finger and in a downward motion roll them off.  Don’t bend the lashes or tug on them individually.  When adjusting them to make them apply just right, grip them by the band not the lashes themselves.  Slowly remove the lashes when you are done wearing them and always clean the glue from the band.  If you follow those simple steps then you should get a lot of use from each pair of lashes.

On the more dramatic side these Paperself eyelashes look like they would be so fun.  I am reserving their wear for something where I would be more playful with my makeup… Like for Halloween or if I just really wanted to go over the top with my makeup.  For instance–if I were to do a YouTube tutorial and I was just playing around these would be sort of perfect. 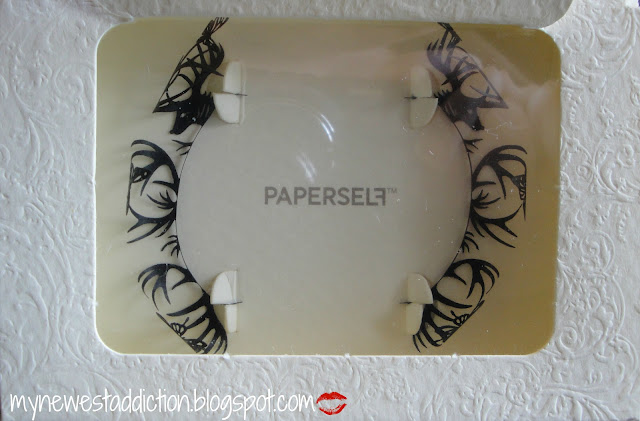 Shu Uemura makes some incredible lashes.  These are a pair called Luxe Black.  The criss cross pattern gives the affect of lots of lashes.  I love criss cross lashes. 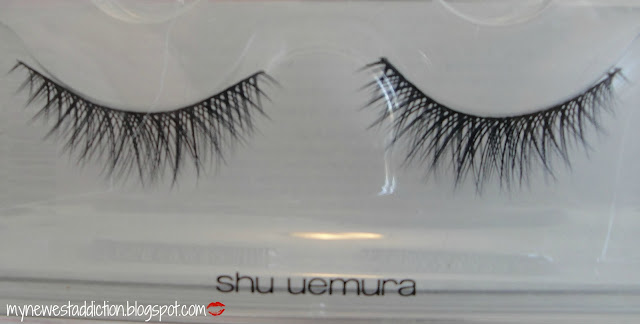 And these are MAC #7s.  They don’t look like much in the palette but on the eye they are very dramatic.  I used these in my Holiday Dragon FOTD and my Henry Clive FOTD.  At first I was scared to wear these because of the crazy length it added but after a while I got over it.  Fun stuff. 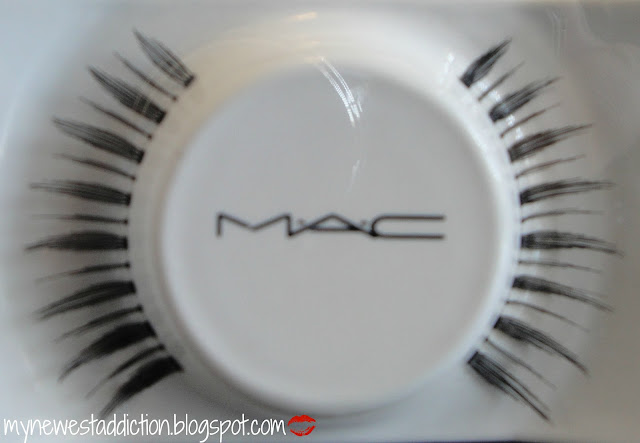 I do notice that when I am wearing false lashes I get a few more people looking at me than usual and that can be sort of nerve-wracking at first but I also get several comments from people asking me “What mascara are you using?” and when I tell them false lashes they are blown away.  Best rule of thumb with lashes is pick something that you like.  I tend to go for a more natural/neutral look so I most often use something like Ardell 110s or a nice half lash for my day to day looks.  I know a lot of people that enjoy individual lashes but for me those are no good.  They don’t give me the thickness that I am looking for.
I use two different types of glue.  I am currently loving the DUO lash adhesive in black.  I have always used the clear one before but I had the same tube of it for a long time and it started turning into an odd consistency due to aging so I tossed it and purchased something new.  The black to me looks more natural and blends in well with the lashes.  I also use the Revlon lash adhesive that has a brush applicator.  That one is nice for precision.  I actually keep that in my travel makeup bag for touch-ups if my lashes start lifting away from my eye throughout the day.
If you don’t wear false lashes or gave up on them I am challenging you to get back on that horse and try a demure pair of half lashes.  If you have never tried them, what are you waiting for?  I hope you got something out of this post. Thank you for stopping by to see my latest ramblings.  ;)
xoxo,
Laura
Facebook ♥ Twitter ♥ YouTube